Power up your home using the cleanest source of renewable energy on Earth.

What we are good at Solar Pool Heater
The Solar Solution
What Are Solar Panels?

Solar panels are devices that absorb the sun’s rays and convert them into a powerful, energy-efficient source of energy. Solar power is unmatched by any other kind of energy, as it’s the cleanest and most abundant source of renewable energy in the world.

Solar panels are designed to generate electricity or heating using the sun’s rays. Through solar energy, you can power your entire home using the most powerful source of light available – the sun!

Schedule An Estimate
Be Energy-Efficient
How Solar Works

Solar panels work by allowing particles of light, or photons, from the sun’s rays to generate a flow of electricity. They comprise of many small units called photovoltaic cells, which allow the panels to convert sunlight into electricity or heat energy.

These photovoltaic cells, or solar cells, are made from silicon – a semiconductor that is the second most abundant element on earth. These solar cells establish an electrical charge, much like a magnetic field, when the negative and positive silicon layers combine together.

See If You Qualify

Unlike all other energy sources, solar energy produces zero pollution. The sun’s abundant power of light offers an unlimited source of clean, pollution-free energy to power up your home or commercial property.

Save On Energy Costs

This clean, renewable source of energy has become the way of the future. Installing solar panels in your home not only reduces your carbon footprint, but it also saves you money on your energy bills.

Given South Florida’s hurricane seasons, your home may be susceptible to power outages. With solar panels, you can store enough electricity to power your home without having to worry about annoying power outages.

Check out some interesting facts Qualify For Tax Breaks
The federal solar tax credit gives you a reduction against your federal income tax. This means that you can receive substantial tax breaks yearly. Energy Savings
Installing solar panels can significantly offset your utility costs. In fact, you can even eliminate your monthly utility costs entirely! Increase Home’s Value
Installing solar panels can increase your home’s property value. So, if you ever decide to sell your home later, you could potentially make a profit. 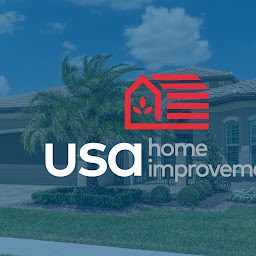 Ruben Roldan
USA Hi exceeded my expectations from Point of Sale, to project management ,to installation. I would like to commend the work of Yohai Gio Baruch (Sales Rep) for walking me through the process from beginning to end. He is confident in their product and process. The installation team of 3 (Jose, Alvaro and team) worked efficiently and work completed in 2 days. Totally recommend. My windows look GREAT. Way to Go USA HI. Thank you Gio !

Stefanie W
Everyone was so helpful from start to finish!! From Eddie, Elizabeth, Ozzy, and his crew! They even come back out to see all of the progress!! Our neighbors love the windows and many have asked for a card for them!!! I highly recommend this company!!!

O’Harold Acosta
Mani did a great job. He gets 5 stars from me.

Robin Taylor-Greif
The crew was very professional, friendly, neat and thorough. Their quality of work overall was a 10 +. I highly recommend them for anybody that would want new windows and doors.

linda kucmierowski
USA Home Improvement just completed my hurricane impact windows and doors. It was a big job with a triple slider, double slider, front door and 35 windows. From the beginning, I was impressed with the professionalism and workmanship of everyone whom I was in contact. The company kept me informed from securing the permits to the final inspection. The painter just came today and stated that this was the "best and cleanest" job that he has seen. We are very happy and would recommend talking to Gil for your best price and experience.

Natalie Burgos
This is a great team of people! We replaced our old windows with beautiful black framed impact windows and doors. We are more than pleased about how they look and the safety the windows provide us. The team took care of everything from having very knowledgable installers who worked clean fast and were friendly and kind. To the people that could repair any areas that needed touching up, also knowledgeable and very reliable. Any time I had concerns or questions they would answer their office phones or cells phones. A huge Thank YOU to Gil, Lewis, Elizabeth, Judian (Installer) and Shay.

David Harmon
Was really impressed with USA Home improvements, for the past month I have been gathering information and collecting estimates for impact windows and doors for our home. Aron the sales rep was really amazing, he really took his time in explaining everything and going over all the design options and getting us a great price. We actually had 5 estimates from 5 other companies and USA was by far the most professional and knowledgeable company by far. I highly recommend USA and definitely ask for Aron he’s a fantastic rep
Let’s Get You Qualified Today!